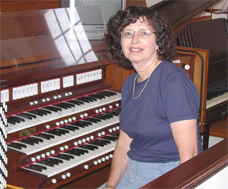 Mary Seeley was born in Fryeburg, Maine and grew up in Lincoln, Maine. She graduated from Eastern Maine General Hospital (now Eastern Maine Medical Center), and practiced for several years as an R.N., with a particular interest in administrative nursing, teaching, and patient contact.

Mary began her career in music at a young age. She studied piano privately for ten years and became a church organist at the age of twelve. She also studied organ, flute and voice. She currently teaches private piano lessons.

Mary is married to Elden Seeley, who is an elder at East Baptist. They are the parents of two grown sons.